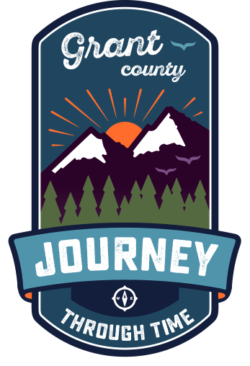 Discover A Journey Through Time

The Journey Through Time stretches 286 miles through north central to eastern Oregon. It winds through five Oregon counties, beginning in the community of Biggs and ending in Baker City.

Pack the car, fill the tank and head out on one of Oregon’s most fabled scenic byways. Uncommonly rich in history, this route tells stories of fortunes made and lost, of Chinese laborers, of towns boomed and busted, of timber, agriculture, gold miners and pioneer settlers. It also tells a special story of the earth’s history; of sea beds which have long been dry and of extinct creatures.

This route is for modern-day explorers, for those who want answers to questions about prehistory and geology and about the plants and animals that once inhabited this mysterious landscape millions of years ago.

It’s about the adventure of time travel and discovery. You’ll find communities eager to welcome you and to share their history with you.

The history of Eastern Oregon’s boom and bust gold towns and pioneers. The earth’s evolution laid out in a striking landscape with rare extinct creatures… You’ll be immersed in a landscape that has been the setting for dramatic changes over millions of years. Making this journey offers an opportunity to do more than read about such changes. When you visit the John Day Fossil Beds National Monument, nestled within the Journey Through Time’s route, you’ll be able to explore the very places where the drama is abundantly, though silently, still evident.

The 3-unit monument encompasses a region 40-50 million years old, the remnant of a subtropical jungle once dominated by massive volcanoes and huge brontotheres called “thunder beasts” which resembled modern rhinoceroses.

Four-tusked, elephant-like gomphotheres also roamed these hills and millions of years ago beardogs and entelodonts terrorized browsing animals in a forest landscape that was much warmer and wetter than today.

Over 2,000 extinct fossilized species have been found in the valleys and canyons of the Journey Through Time region. Human history also lives here where ancient native peoples traveled in their quest for seasonal food and shelter; later, the isolated beauty of the landscape and the promise of its riches drew thousands of immigrants during the heyday of the Oregon Trail and Oregon’s own gold rush.

There is more recent history to discover, as well, when you take this Oregon byway through a scattered collection of small rural communities where a more personal past is preserved. Visit the gold rush country in Canyon City. Learn how Chinese people contributed to the richness of life in John Day. You can even dig your own paleontological treasures in Fossil.

The adventure awaits! Head out on the Journey Through Time and become a twenty-first century time traveler.

Named for W.H. Biggs, a landowner who came to Sherman County from Ohio in 1880, this community also is known as Biggs Junction, because it is located at the intersection of highways US-97 and I-84. Possible side trips: crossing the Columbia River to visit Maryhill Museum of Art; watching nearby windsurfers; walking a portion of the Oregon Trail between Hwy. 206 and Biggs; heading east to see the John Day Dam.

Located in the town of Moro, this is one of the finest community-supported museums in Oregon. Its collection includes over 15,000 historical artifacts related to the Oregon Trail, early ranching and farming and Native American Culture. Experiencing the links to the past, visitors enjoy period rooms of early Oregon life, Indian artifacts and tools used by blacksmiths, ranchers and farmers.

Currently considered one of Oregon’s most representative “living” ghost towns, Shaniko was known for a short time in the early 1900’s as the “Wool Shipping Center of the World.” This reflects the era’s high demand for wool needed for clothing, blankets and military uniforms. The region’s abundant grass and dry climate made it ideal for raising millions of ship. Thanks to the completion of the Columbia southern Railroad in 1901 which connected the Columbia Gorge with Shaniko, this town remained for ten years the principal shipping point for much of interior Oregon. During this period, numerous stage and freight routes operated out of town, linking it with communities to the south and east. Visitors often stay at the historic Shaniko Hotel, rebuilt in 1901 after a disastrous fire. It was completely renovated in 2001 and is on the National Register of Historic places.

The hills around here are a prime habitat for the town’s prong-horned namesake. If you’re on the lookout for the animals, be warned that they are very well camouflaged. According to historical research, members of a supply expedition bringing food and tools to the John Day gold miners probably named Antelope in 1862.

The historic town, established in the 1880’s was named when a fossilized mammoth bone was found in the vicinity. True to its name, Fossil offers visitors a chance to do some free prospecting at the public fossil-collecting site in town. This ancient lakebed deposit contains numerous leaf imprints of ancient deciduous trees as well as a few vertebrate fossils.

Wild and scenic raft trips down the John Day River leave from Service Creek, which once was a stagecoach stop. Today, a picnic area, parking and a boat launch are available.

In the early 1900s, this historic location was the site of a ferry crossing that allowed freight wagons, stage passengers, cattle and gold to cross the John Day River and connect with The Dalles Military Road father west. Now you’ll find the locals proudest of their spirited Memorial Day festivities, featuring a rodeo and a half marathon, occasionally run by competitors shod in cowboy boots.

Farmers in the area are known for extensive orchards, which produce a bounty of cherries, apricots, peaches, nectarines, apples and pears. once a historic stage stop at a fork in the John Day River, Kimberly’s modern-day visitors will find this a delicious stop during harvest season. Farm stands are full of local fruit. 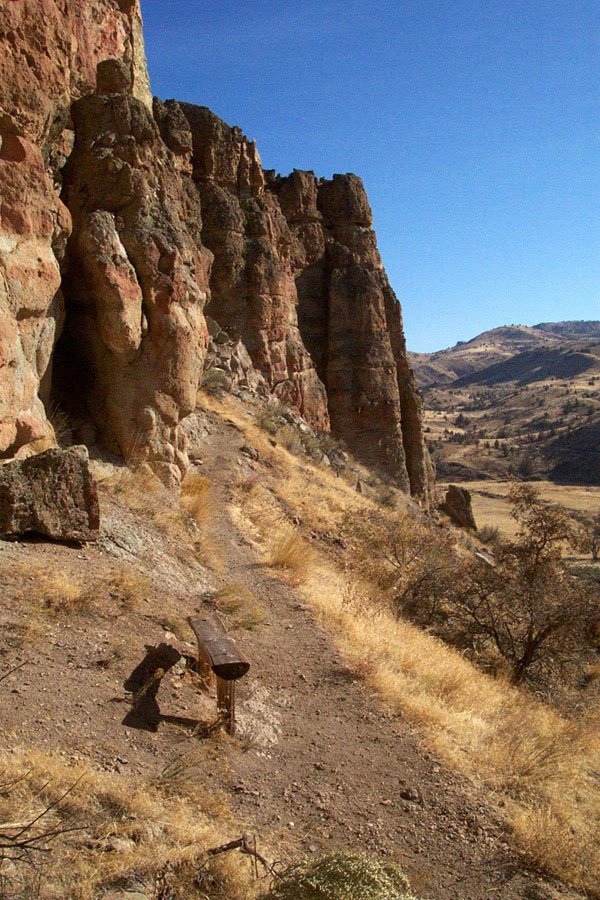 HEADING SOUTH FROM THE COLUMBIA RIVER…
The area is comprised of three widely separated units: the Sheep Rock Unit, the Painted Hills Unit and the Clarno Unit. Each offers picnic areas, restrooms, information kiosks, hiking trails with exhibits and brochures and outstanding scenery. The main visitor center, located at the Sheep Rock Unit, features displays of fossils found throughout the John Day Basin. Hours vary throughout the year. Few places so accessible to the public present a better selection of fossilized bones, shells, leaves wood, teeth, tracks, nuts and seeds. These artifacts provide an informative overview of the Age of Mammals-the 40 million years that elapsed between the extinction of the dinosaurs and the beginning of the Ice Age.

In the Clarno Unit, just 18 miles from the town of Fossil, consists primarily of huge mudflows or lahars, which roared down the slopes of ancient volcanoes, engulfing everything in their paths. Although the Clarno volcanoes have long since eroded, the hardened lahars remain-along with fossilized plants and animals trapped in the flows. The journey continues through additional portions of the monument, including:

where two short interpretive trails lead through blue and red fossil-bearing deposits, ending at a stunning viewpoint where you can see basalt flows remaining from 16 million years ago.

Offers a short trail into the basin, featuring casts of turtle and saber-toothed-cat fossils, along with interpretive signs near the discovery site of the original fossils.

Across the highway from the Thomas Condon Visitor Center features displays of old farm equipment plus descriptions of sheep and cattle ranching in the early 1900s.

Presents a spectacular view of Picture Gorge and the Mascall and Rattlesnake formations along with detailed interpretive signs. 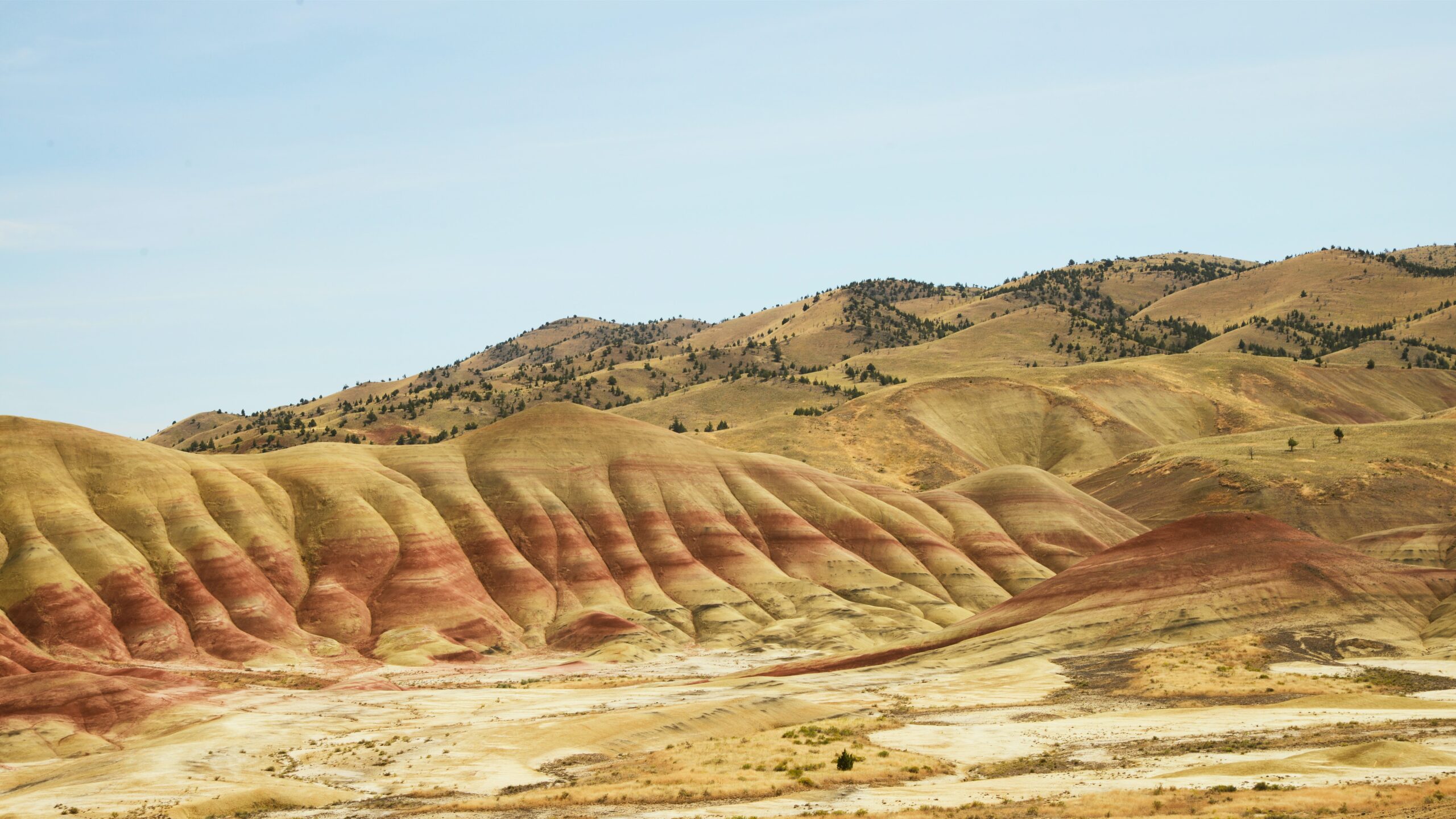 Here is one of the Oregon’s more accessible ghost towns, located about a mile south of State Route 7, 18 miles from Sumpter. Once a major station stop on the Sumpter Valley Railroad, Whitney did not develop around a gold mining towns. Visitors will see many buildings remaining from its more boisterous days.

This stop on your journey takes you back in time to the days when gold mining was an important industry in Eastern Oregon.

The gold was collected with a 1240-ton gold dredge, which extracted ore from the alluvial gravels in the valley of the Blue Mountains from the 1930s to the mid-1950s. Similar to those that operated in the John Day Valley, these dredges created their own temporary lakes as they transformed landscapes and churned up the gravels from the valley floor. You can still see long piles of gravel tailings south of State Route 7. In addition to viewing the restored dredge, you can ride the original narrow gauge steam train of the renamed Sumpter Valley Railway from Memorial Day through September and enjoy the amenities of the Sumpter valley Dredge State Heritage Area, which include trails, picnicking sites, interpretive displays, special events and more.

This handsome and historic community has been one of Eastern Oregon’s most vital towns since 1862.

It impressed so many Oregon Trail pioneers on their way to the western side of the state that many returned when they found much of the Willamette Valley’s prime land already claimed. Baker City boasts over 100 structures on the National Register of Historic Places, including the restored Geiser Grand Hotel. At the turn of the century, this elegant hostelry, its dining room atrium enhanced by a stunning stained glass ceiling, was considered to be the finest hotel between Salt Lake City and Seattle.

Flagstaff Hill, five miles east of Baker City, offers one of the most moving experiences on the Journey Through Time Scenic Byway.

Standing on the windswept hillside, with expansive views far to the west and with 150-year-old wagon ruts in sight, it is easy to imagine the intense emotions of the pioneers who were finally nearing the end of their perilous journey. Inside the architecturally unique museum are numerous realistic, life-sized dioramas and interactive exhibits depicting the joys and hardships of nineteenth century western migration.

Anything’s Possible! Plan Accordingly Since the Journey Through Time Scenic Byway passes through sparsely populated areas, the Oregon Department of Transportation recommends that you contact local visitor centers and chambers of commerce to obtain maps, familiarize yourself with services and make lodging reservations in advance whenever possible.

Please keep in mind that gas stations, restaurants and campgrounds may be separated by vast distances or be closed late in the evening. Many are closed during the off-season.

Expect and plan for rapidly changing weather conditions, especially when traveling through higher elevations or exposed areas. We want every moment of your journey to be enjoyable and safe. 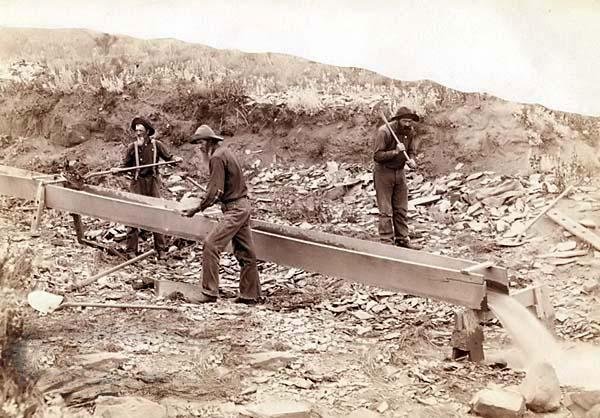 Into The Blue Mountains and on to Baker City
Previous
Next